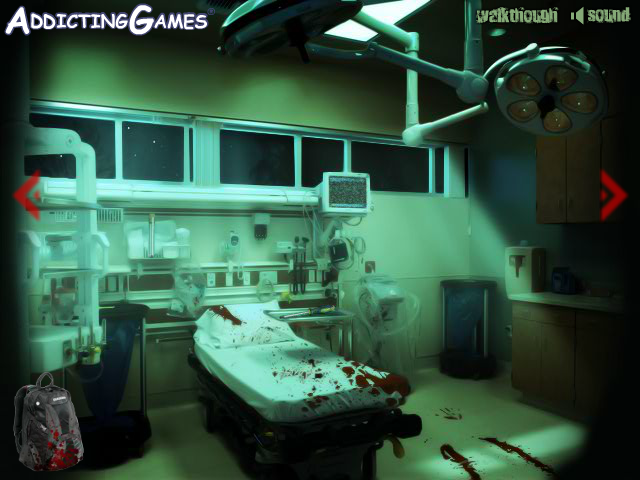 This is a prime example of a creepy escape the room game. It's not the best, worst, first, or last of its kind, but its exactly the kind of thing you picture when you think about games of its ilk. The premise is that you've woken up in some kind of strange medical laboratory. Why? Who cares, really. All you know is that you need to get out, by unlocking doors and entering passcodes and such.

The whole thing was clearly patched together with stock images in Photoshop. There's a single, funky but mindless song that drones on in the background. There's also this odd jumpscare that happens, where a mask-like face pops up with a sound-effect that I instantly recognized as one of the zombie sounds used for Terraria. Is this the Death's Embrace that I'm supposed to be Escape-ing? At first I thought it was a one off thing from clicking an item, but it just kept happening, so I figured it just had a random chance of happening whenevr you clicked. But then I left the game on while going to get a bowl of cereal, and discovered that it actually just happens at a roughly regular interval no matter what you do. It's completely annoying and unnecessary.

So is it weird if I say that I like this game? It really tugs at the nostalgia factor for me. Like, this is one of those Flash games where I open it up and immediately go "Yup, this is just like the kind of thing I messed around with when I was in middle school," and it's too short to really get on your nerves.

I probably won't bother with the other two, though. 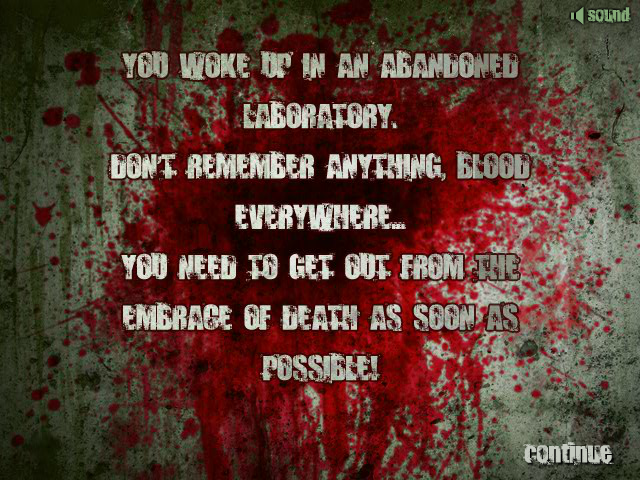