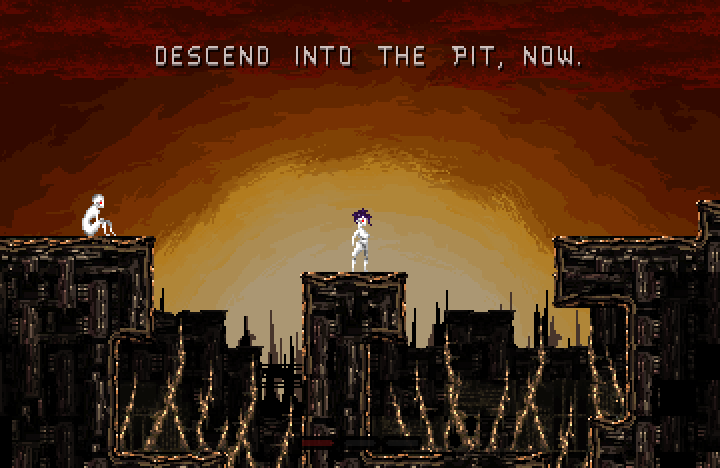 A platformer about an android being fought over by it's creator, and the overlord that rules over the hellish metal landscape that you explore. You can follow the wishes and orders of one or the other (or both back and forth, or neither) to forge a narrative as you try to safely traverse your surroundings. There's a lot to explore, which kind of makes me wish that the achievements were baked in instead of a Newgrounds feature. Those mostly seem like useless fluff these days, but I'd argue that a game like Perdition makes a good example of when they can be useful. Not only do they nudge players towards finding secrets, but they also let the player know when they've seen all the main content that the game has to offer.

None of this is even criticism of the game, though. I think Perdition has some beautiful design and enjoyable gameplay. Aesthetically it's one of my favorite games period. It's like the video game equivalent of a cool student film by someone you could imagine making the next indie darling or cult classic. It's a proof of concept that, if gifted the right circumstances, this developer could probably make your next favorite thing. 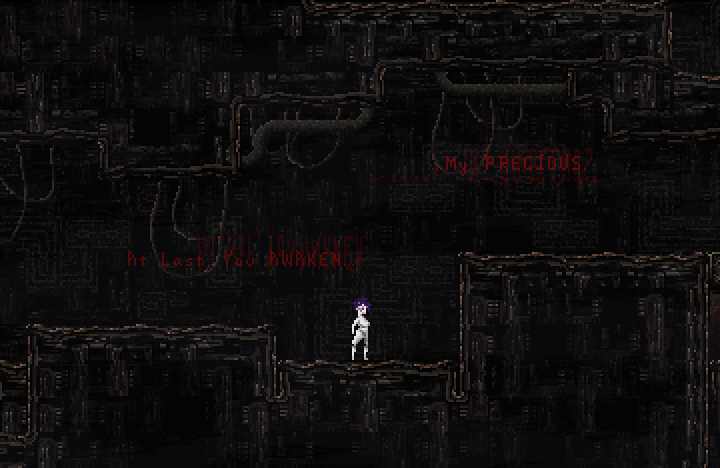